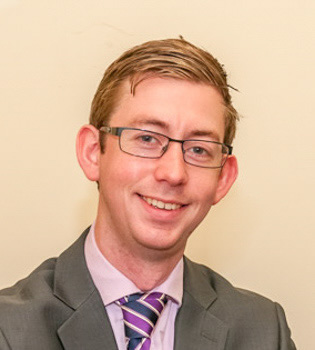 Harry was educated at Girvan Primary and Wellington School, Ayr before attending Dundee University, obtaining an Honours degree in 2010 and a Diploma of Legal Practice the following year.  He was admitted as a solicitor and Notary Public in 2013 having commenced his Traineeship with MacLeod and MacCallum in Inverness and completing it with McCormick and Nicholson.

Harry’s main focus is in the areas of domestic and rural conveyancing.  He particularly enjoys guiding first time purchasers through the conveyancing process.  He also deals with a wide variety of private client matters including preparation of Wills and Powers of Attorney, Inheritance Tax advice and matrimonial matters.  Harry is based in Newton Stewart and Stranraer.