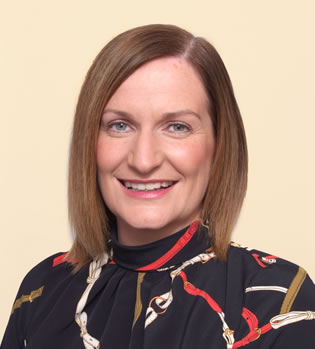 Shirley was educated at Belmont Primary School in Stranraer and Stranraer Academy before attending Strathclyde University where she graduated with a Joint Honours degree in Law and French.  This degree incorporated a year at Toulouse University in the south of France where she studied law taught wholly using the French language.

Shirley obtained her Diploma in Legal Practice from the Glasgow Graduate School of Law and started as a Trainee Solicitor with our Newton Stewart office in 2005. Shirley became an Assistant Solicitor in 2007 and was appointed an Associate in 2009. Shirley works mainly in Private Client including Sales, Purchases, Wills, Powers of Attorneys, Guardianships and Matrimonial. Shirley became a Partner in 2011 and covers all 3 offices.